In 2003 and 2004 I was the Campaign’s Officer at the Victoria University Students’ Association. The big campaigns over those two years were student fees, and in 2003 the US led invasion of Iraq.

In 2003 we reestablished the Student Representative Council meetings. These had earlier been abolished in 1989. These were essentially lunch time forums where students could debate and vote on issues. From 2003 onwards we were to debate and vote on issues ranging from homelessness, GE foods, taxation, employment rights, recycling, legalising marijuana and my favourite naming a toilet bowl after a politician hated by many students.

We ran campaigns on a number of these issues. I was regularly leaflet dropping lecture halls or doing poster runs around the campuses for upcoming events. At the same time I was spending many evenings and weekends selling lefty magazines or other radical activism. It was fun, but looking back I could have taken a bit more time out to go to party’s or enjoy student life (not that I didn’t engage in quite a bit of that as well). My marks in the years 2003 to 2005 probably suffered from almost never attending class. Remarkably I still passing everything I enrolled in. During one campaign I had a history assignment due, the result was I submitted a History book review for a book I’d never read and passed with a B (and they say academic standards have slipped).

In 2004 the right on campus organised and pulled a bunch of members to an SRC meeting. This was to highlight how easy it was for a small group to get numbers and pass a bunch of resolutions. Members of the National and Act party managed to pass motions supporting users pays education, tax cuts and a particularly amusing motion in support of capitalism as “making money will help you pay off your student debt.” Most of the motions passed were later repealed (of course). On the day many of the progressive students tried to call a quorum count to stop the meeting – I very strongly opposed this and insisted that the meeting proceed and that the right be given free speech and democracy. Later members of the young National Party bought me beer at the student bar for this stance (from memory I declined the beer and my mate grabbed it).

This highlighted the weakness of weekly meetings. They were great for creating debates and in conjunction with stalls could create a carnival atmosphere (when it wasn’t a freezing southerly). But it became clear that better measures were needing for enhancing democracy. In 1997-98 VUWSA had trialled lecture meetings, whereby elected class representatives polled students on issues quickly before class. In 2006 we trailed this again, successfully getting a few thousand students to opposing raising international student fees that year.

A couple of campaigns that really made an impact during my time on the student exec were prostitution law reform and the civil union bill. The former legislation change was supported by the women’s group on campus and a number of students signed petitions and made submissions to parliament in support of the change. The Civil Union bill in 2004 became quite a big campaign in New Zealand, after the conservative Destiny Church organised various rallies against the country. In August 2004 a few thousand Destiny Church members came to Wellington to protest against same sex couples having rights. The queer community, students and social justice activists united to organise a counter rally, called ‘Love does not discriminate.’ We organised a number of other events throughout that year before the bill was successfully passed. 8 years later the NZ parliament legalised same sex marriage, by then opposition to this change had greatly diminished. 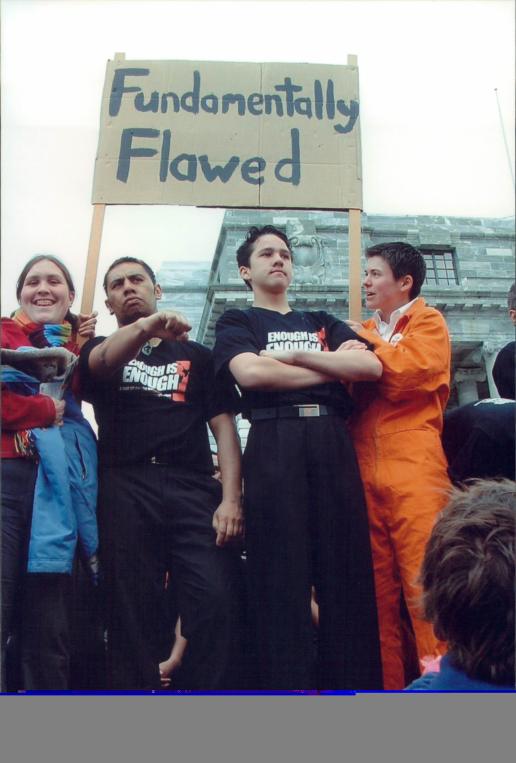 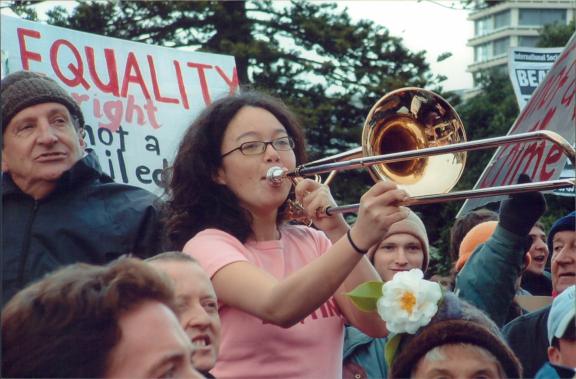 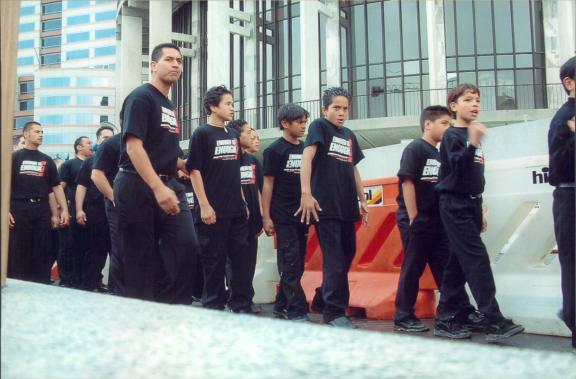 These were great campaigns to be apart of, and at the time I really felt like I was doing what I loved. I still look back with pride at what campaigns like ‘love does not discriminate’ achieved. However the key thing I learnt during this time is not to be a hyper activist, and the importance of winning wider public support and bringing people along with you. Its easy when you are passionate about something to throw lots of energy into campaigns or causes. But you can substitute yourself for a mass movement, and building those takes time. Its also important to listen to opposing views, and even be prepared to change your mind.