This 6th walk from my 1980’s guidebook is around a neighbourhood the book claims “suffers from its reputation for shadiness.” Soho. I did this walk on Saturday 5 May 2018.

The walk commenced at Piccadilly Circus and continued up Shaftsbury Avenue, names after the anti slavery champion and Victorian reformer Lord Shaftesbury. Then the book took me to Great Windmill Street

According to the book this had become a nightclub by the 1980s. In 2018 this appears to still be the case. The tour then took me to Brewer street for a view of ‘The Post Office Tower.’ Thirty years later this is now the BT tower, built in 1964 it was in the 1980s one of the tallest buildings in London and had a revolving restaurant at the top. In 2018 there are many other buildings in London that rival this tower for height. The revolving restaurant closed in the 1980s, presumably just after the book was published. Now for meals with a view you go to the Gherkin, The Shard, The Walkie Talkie Building or countless other roof top bars and restaurants.

From here the walk took me to St Anne’s, a 17th Century Church almost completely destroyed during the Blitz in World War 2. The remains including the tower built 1801-03 still remain.

From here the walk took me down Old Compton Street, Manette Street and Greek Street (where Piko Consulting UK is registered).

From here I walked past The House of St Barnabas, Georgian house and home of the charitable institution formed in 1846 to help the destitute in London.

The House of St Barnabas 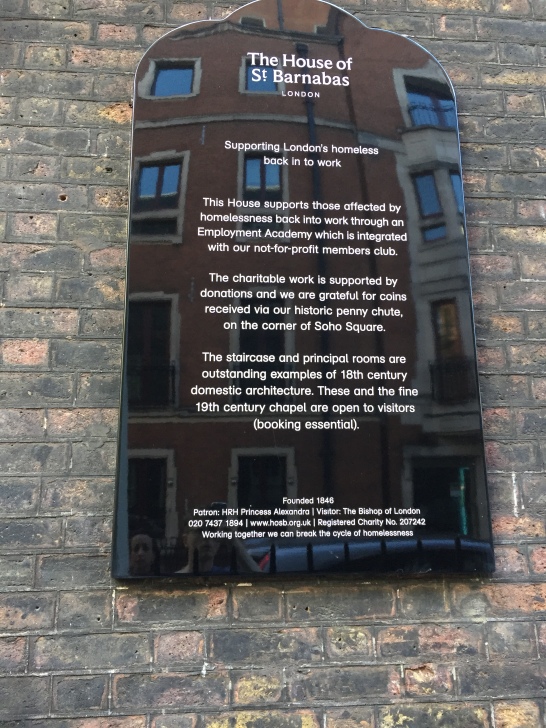 The House of St Barnabas

From here the walk continued onto the iconic Soho Square. The name Soho is said to come from the cry of huntsmen unleashing dogs to chase hares, so meaning ‘see,’ and ho ‘after him’.

After this I continued down Frith Street, the street where John Baird successfully transmitted a picture by wireless in 1926 – which led to the invention of television. Essayist William Hazlitt died at number 6.

The walking tour then heads down Meard Street and onto Berwick Street.

Then I headed to Liberty in Great Marlborough Street. Built in 1924, the timbers on the north side of the building are from genuine men-of-war. 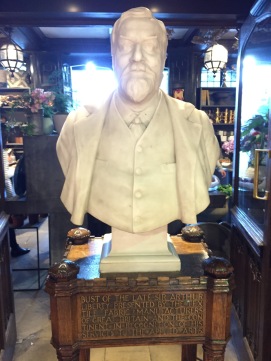 From here the tour took me to Carnaby Street, famous for boutique fashion houses in the 1960s. By the 1980s the booked seemed to think Carnaby Street was somewhat passé. In 2018, the street still seemed to be a popular place to shop and hangout. 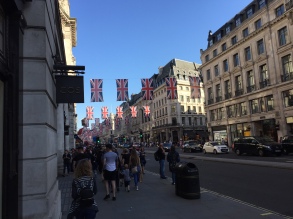 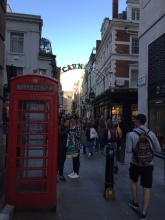 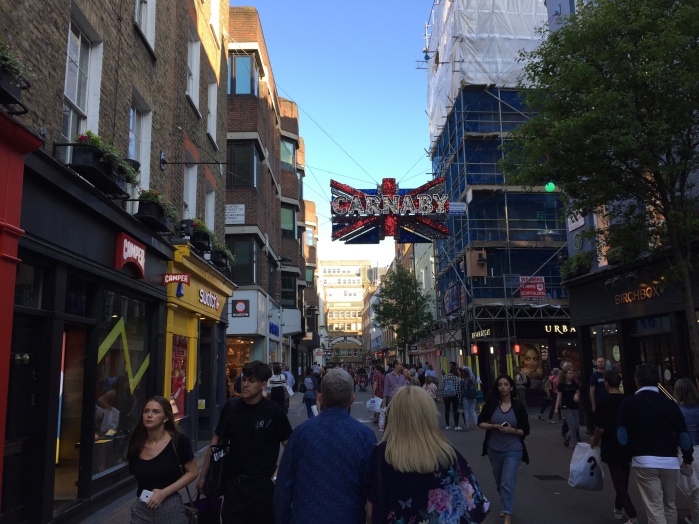 From here the book took me back to Piccadilly Circus where the tour ended.

One thought on “Walk 6 Soho”