The third in this series of London walks using a 1980s AA guide book takes us to St James. So Trafalgar Square, Pall Mall and all that stuff. Its rather good. 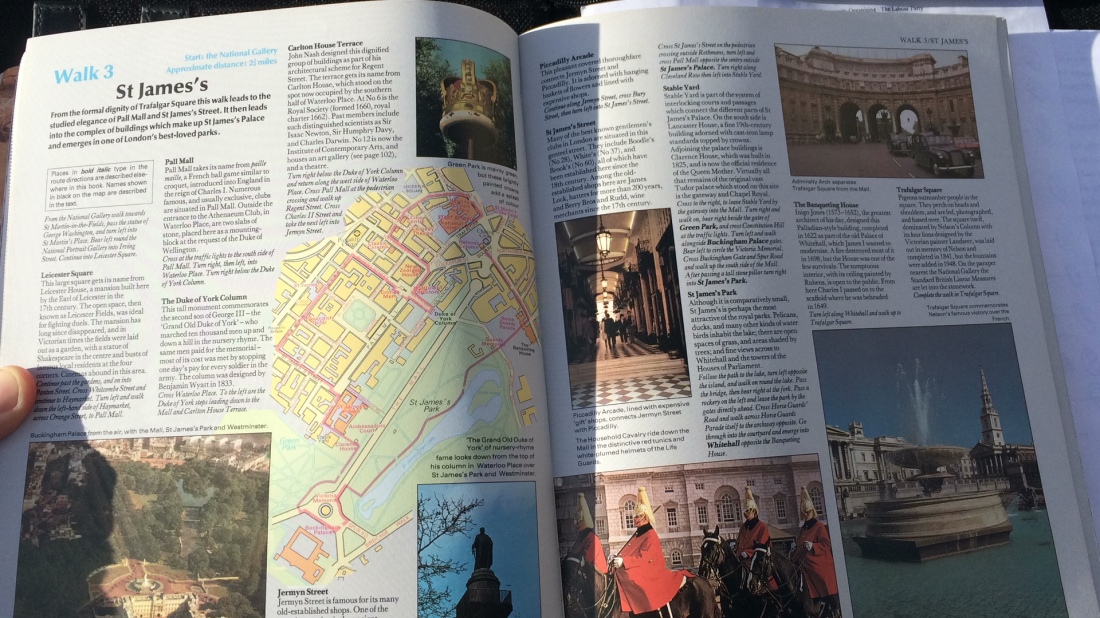 The walk commences in Trafalgar Square, outside the National Gallery. 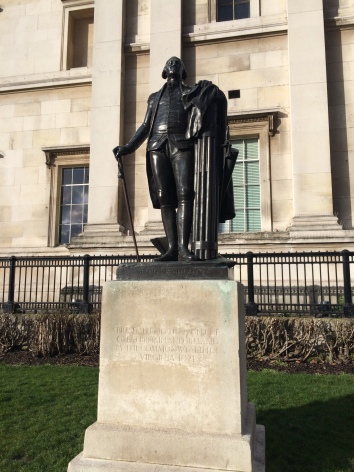 Above: Statue of George Washington outside the National Gallery.

Then around the block past the National Portrait Gallery to Leicester Square. The Guide book says a ‘Statue of of Shakespeare in the centre.’ Also ‘Cinemas abound in this area.’ Probably fewer cinema’s 30 years on, but this is still the place to get cheap tickets to shows. 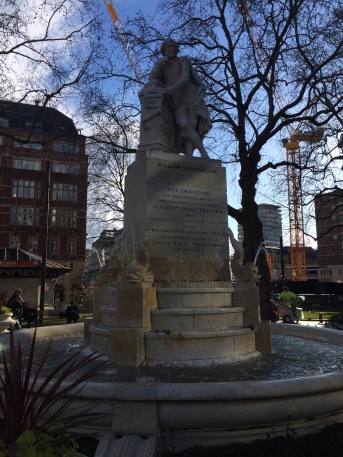 Above: Shakespeare, allegedly didn’t write all of his plays.

Following this the tour took me past New Zealand House in Haymarket and down Pall Mall. Eventually I ended up at the Duke of York’s Column – the geeza marched his 10,000 men up the hill and down again. The guide informs me that these same men had to pay for his memorial. 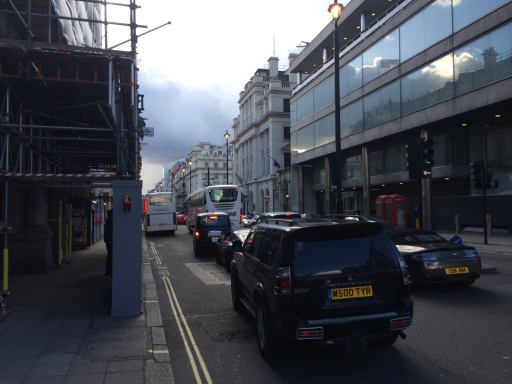 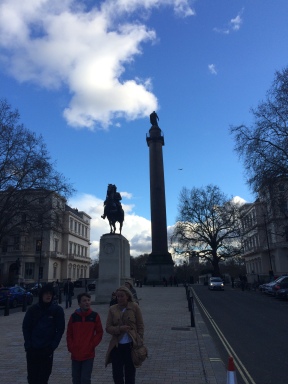 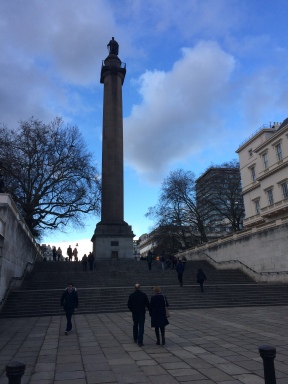 The tour then took me past Carlton House Terrace, a collection of nice 17th century houses. 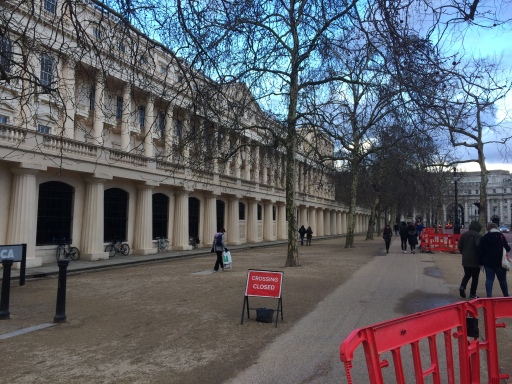 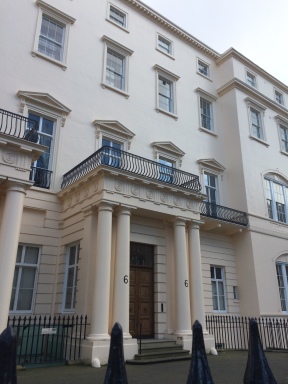 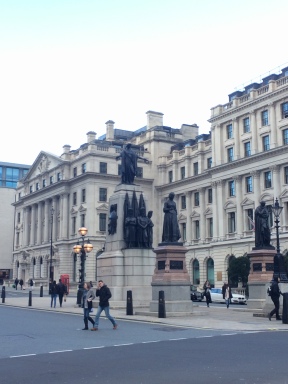 Above: Carlton House Terrace and surrounds.

The tour then took me to Jermyn Street. I had recently purchased some shirts in Canery Wharf which said were from Jermyn Street. I was pleased to wander around and window browse the area. Some great old shops and interesting old church in the Street. 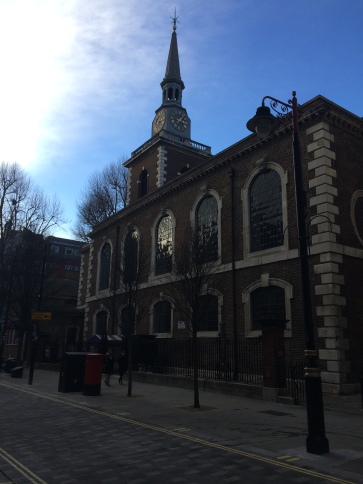 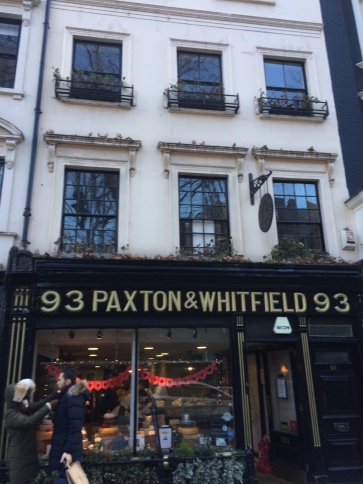 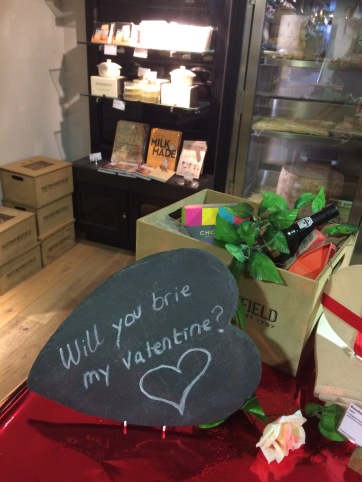 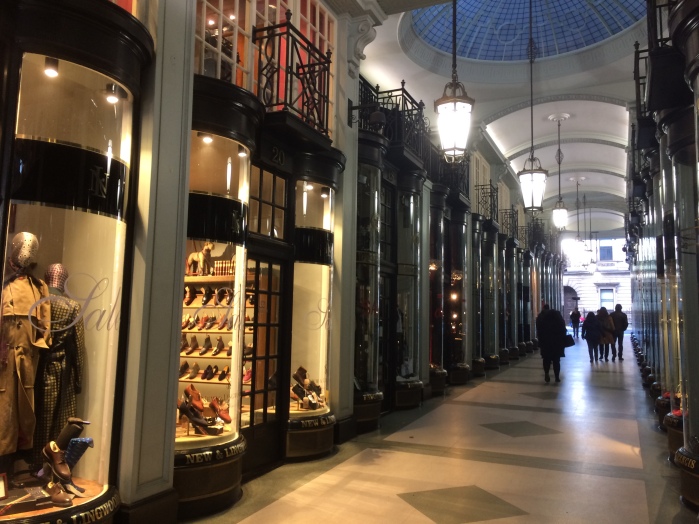 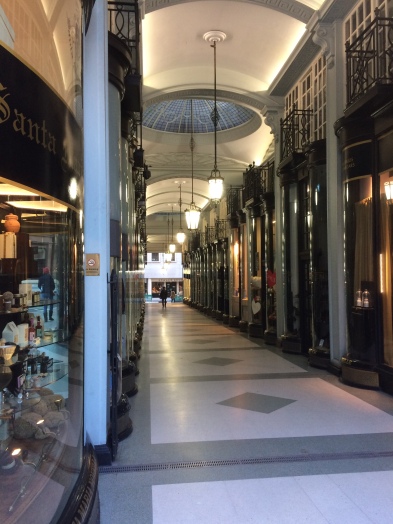 Above: Piccadilly Arcade off Jermyn Street.

Next I headed down St James Street. According to the 1980s guide book “many of the best known gentlemen’s clubs in London are situated in this genteel street.” I did not enter any ‘gentlemen’s clubs’, especially after recent controversies. In stead I continued down to the Stable Yard. 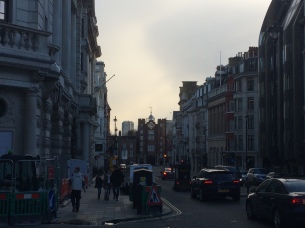 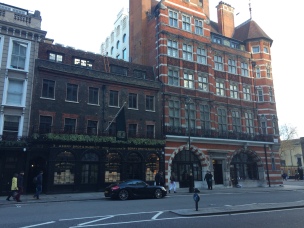 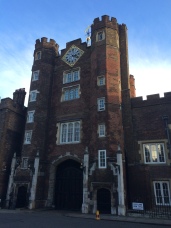 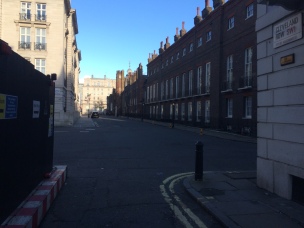 After this my 1980s guide wanted to take me to the Stable Yard, the system of interlocking courts between St James Palace, Lancaster House and at the time of publication the Queen Mothers residence Clarence House. On attempting to take this route I was greeted by a polite but serious looking police officer holding a semi-automatic weapon. I showed him my guide book and he did a wee smile and said “yes you used to be able to walk through here, but not anymore.” Given this I elected to deviate from the guide books recommended tour and took another entrance to St James Park. 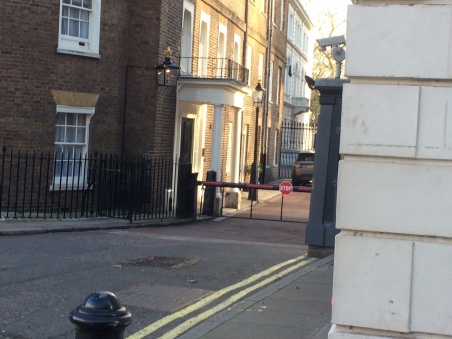 Above: To the right of the stop sign was the police officer. 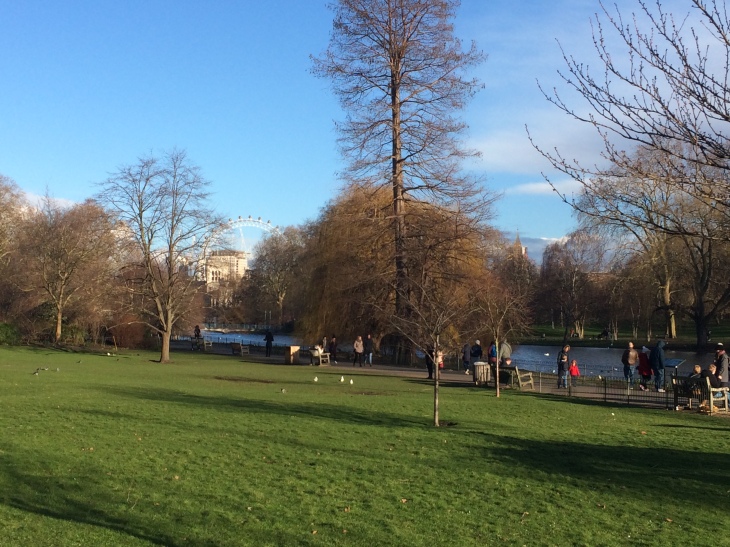 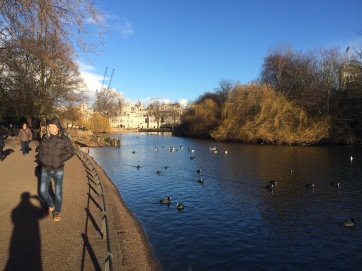 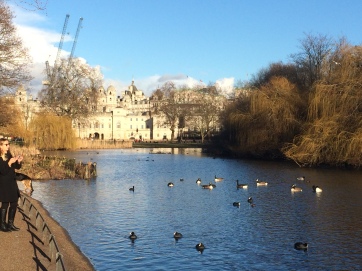 Following a nice walk through St James Park, I proceeded onto the Banqueting Hall which is part of the old Palace of Whitehall. 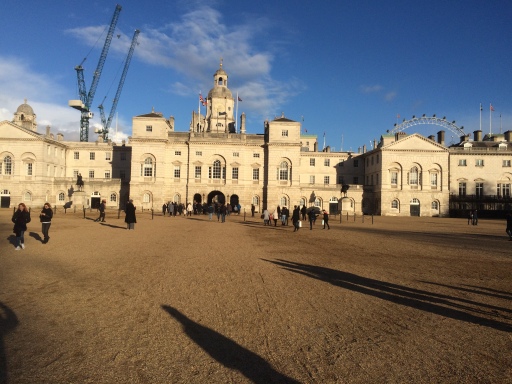 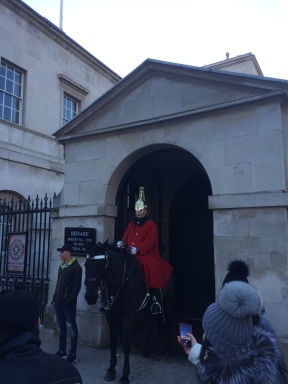 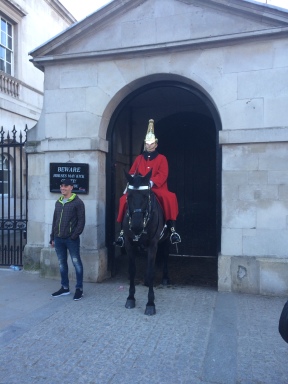 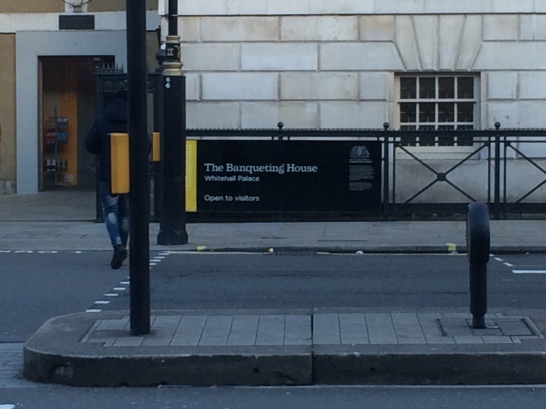 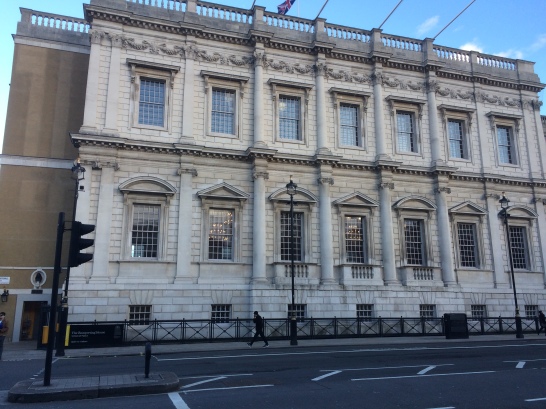 Above: Top Left – Whitehall, with a London Eye peeping out the top (not there in 1987), Top right and bottom left – A man on a horse, Right centre and bottom: The Banqueting Hall.

Finally the Walk 3 Tour concluded back at Trafalgar Square. 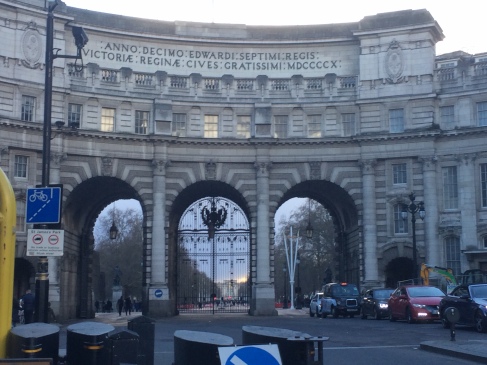 Above: The Admiralty Arch separating Trafalgar Square from The Mall.

One thought on “Walk 3 St James”